Limited Time Offer: Get 30% Off All Subscription Purchases FOR LIFE! 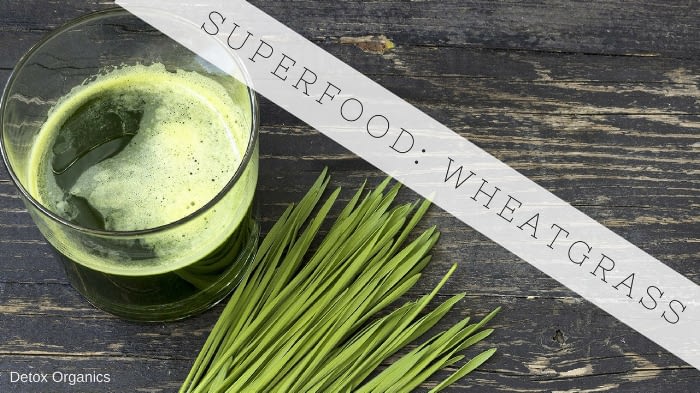 You don’t have to know a lot about healthy foods to know that wheatgrass is good for you. It seems like everywhere you go stores are selling you wheatgrass shots, or drinks made of wheatgrass.

If you’ve gone into a juice bar, I am sure you’ve seen the fresh wheatgrass that is behind the counter, lined up nicely, ready to be juiced. It has become so popular that it has entered the realm of another health fad that everyone who is anyone seems to be doing.

But you don’t have to be a hipster to jump on the wheatgrass bandwagon because this isn’t just another health trend that is “hip and cool” and that’s it. This one actually has a lot of benefits to it, and if you aren’t already consuming wheatgrass, you may want to start.

Wheatgrass is full of nutrients, with one of the most important being chlorophyll. This is the substance in the plant that gives it its bright green color.

Chlorophyll is a natural liver detoxifier, strengthens the blood, and can give you a nice boost of energy.

Besides chlorophyll, wheatgrass is also full of antioxidants, fiber, potassium, iron, magnesium, calcium, amino acids, selenium, and vitamins A, B6, C, and E.

A study published in a Phytotherapy Research journal showed that wheatgrass contains a high level of antioxidants, even more so than many fruits or vegetables.

An antioxidant can inhibit the oxidation of other molecules, which can lead to illness and disease. It does this by neutralizing free radicals in our body that can cause oxidative stress in the body and trigger cell damage.

Oxidative stress has been linked to diseases such as cancer, cardiovascular diseases, diabetes, Alzheimer’s disease, and Parkinson’s disease.

Boosts Immunity and Protects Against Cancer

Cancer is one of the deadliest diseases around that world and studies show that wheatgrass may help you prevent it and may even be useful during treatment.

Research conducted by the Integrated Oncology and Palliative Care Unit in Israel found wheatgrass to be effective in the holistic treatment of cancer and even in cancer prevention in animal studies.

They also found it to be beneficial in patients who have rheumatoid arthritis, ulcerative colitis, hematological diseases, diabetes, obesity, and oxidative stress. However, they do note that larger studies need to be conducted.

A study published in the Journal of Chemistry and Chemical Science found that the consumption of wheatgrass can prove effective in eating away at this protective layer on cancer cells, helping the immune system destroy these cancer cells.

Animals studies have shown that the consumption of wheatgrass can help improve cholesterol levels.

A specific study done on rats at the Karunya University in India found that diabetic rats treated with wheatgrass saw in improvement in cholesterol as it increased HDL levels or the good cholesterol.

Another study conducted in Methods and Findings in Experimental and Clinical Pharmacology found that rabbits consuming a high-fat diet saw an improvement in total cholesterol and an increase in HDL levels when supplemented with wheatgrass.

This study shows the positive influence that wheatgrass can have on cholesterol levels and associated oxidative stress.

How to Consume Wheatgrass

There are many ways to consume wheatgrass. Perhaps the two most common ways are juiced and in dehydrated, powdered form.

As mentioned previously, many people have become accustomed to taking wheatgrass shots, especially in the morning on an empty stomach. This is done for both the health benefits listed above and an added boost of energy.

Click here to read what others are saying about Detox Organics

Since the flavor of wheatgrass is an issue for many people, as it can taste like fresh lawn clippings, many companies and juice bars are also incorporating juiced wheatgrass into a variety of drinks for those who may not prefer the taste of wheatgrass but still want all the benefits.

Perhaps the easiest way to consume wheatgrass is in powdered form within a supplement like Detox Organics.

In this supplement, the flavor is masked by a sweet chocolate taste, rather than an overpowering grassy taste.

Don’t let the taste of wheatgrass keep you from getting all the benefits that can come along with consuming this plant.

Get our 3 Day Post Holiday Cheat Sheet AND 15% off your next order.