Stop Aging (Foods and Supplements to Prolong your Life) 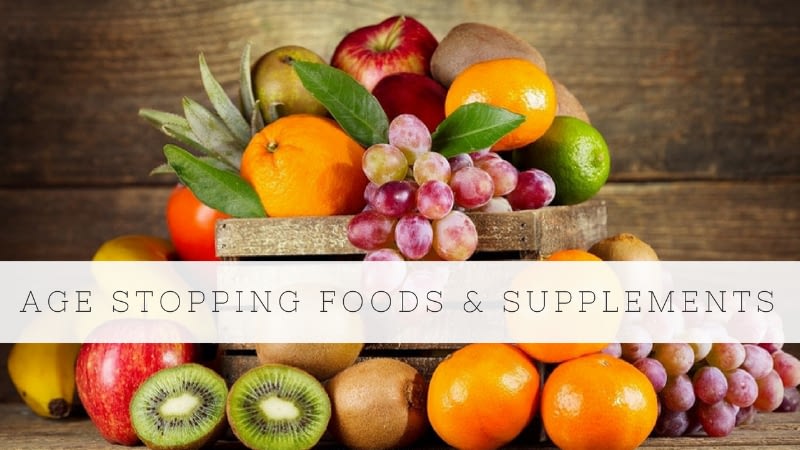 Life is a constant battle against Father Time. We all want to look younger and live longer and while the decline of our youth—just like our eventual departure from this earth—is inevitable, there are some things that we can do to slow the process down and to prolong the time that we spend on this planet.

Contrary to what the beauty industry would have you believe, there is no magical elixir, no fountain of youth. But there are things that have shown a lot of promise in this area, things that we all should consider adding to our diet. 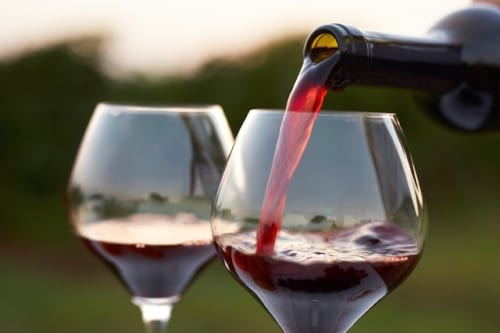 This intriguing substance was often said to be the reason behind something known as the French Paradox. Basically, there are many communities in France that subsist on a diet rich in saturated fats (from butter and cream) and red wine, among many other things said to be bad for our health.

But despite that, these communities have a life expectancy above the average, one that defies what we know about nutrition.

Resveratrol, which is found in red wine, was thought to be the reason for this because when given to mice on a high-calorie diet it has been shown to improve health and mortality.

And when given to rats and other animals it has helped to prolong lifespan. Drugs designed to mimic the effect of resveratrol have also shown a lot of promise, with one extending the lifespan of mice and rats by as much as 30%.

It’s still very early, too early to say for sure whether this drug can be effective in humans. However, the research is promising and because the drug comes from a natural source, found in the skins and stems of red/black grapes, it should be safe to supplement with it.

It’s also worth noting, however, that this drug probably had little to do with the so-called French Paradox, because the amount of wine you would need to drink to get an effective dose of resveratrol would likely kill you with alcohol poisoning long before you could test the longevity claims for yourself.

Turmeric is an abundant spice used in Indian cuisine. It’s cheap and cheerful, but it may also be one of the most powerful natural weapons we have in the fight against cancer.

It is a potent antioxidant and anti-inflammatory and countless studies have shown that it is effective both at preventing cancer and at curing it.

The compound responsible for these anti-cancer effects is something known as curcumin. It is thought to work by inhibiting the production of an enzyme that can cause inflammation and lead to cancer, as well as by activating a cancer-suppressing gene and stopping the metastasis of cancer cells.

The best way to consume this spice is to take it in the form of an organic supplement such as Detox Organics. We know that the benefits of substances like turmeric are greatly improved when taken alongside other anti-cancer foods like broccoli, and because Detox Organics contains most of these, it will potentiate those effects.

You can also benefit from cooking with more turmeric, adding it to a host of meals and boosting your daily intake.

A popular addition to skin creams, Coenzyme Q10 is more than just a beauty buzzword. It’s a supplement that has been linked to reduced signs of aging and one that may help to smooth out your wrinkles when applied direct.

There could also be a host of other benefits to this top-drawer antioxidant when taken orally, but it’s often overlooked by the health and supplement industry and is preferred by the beauty industry.

One of the reasons for this seems to be cost, as it’s more expensive to manufacture than other supplements and larger price points are easier to get away with in the beauty industry than the supplement industry.

But if you can find it and you can afford it, it’s well worth considering. There are suggestions that it can help with degenerative neurological conditions, including Parkinson’s Disease, and that it may even be effective at improving fertility.

This is a common vitamin that you’ll find in every health food store and one that is abundant in many fruits and vegetables. It’s popular because it’s effective, providing you don’t expect too much from it.

Excessive consumption of vitamin C will simply lead to some very florescent urine and not a super strong immune system as popular cold/flu remedies would have you believe.

But if you are deficient in anyway than getting your RDA of this vitamin will help your immune system, your skin and more.

Topical vitamin C may be able to help even if you’re not deficient, but in general you should always make sure that you get your daily allowance. It may be cheap and it may be abundant, but if you a don’t consume it then you’ll start to notice some serious negative side effects.

Another key ingredient for improving the condition of your skin, but one that is a little less abundant and readily available as vitamin C. Vitamin E can be found in castor oil, aloe vera gel and argan oil, which is why these are all popular in skin creams as well as shampoos and other hair products.

This vitamin is also essential for your immune system and for eye health, although you’ll likely only notice the benefits of supplementation if you are deficient in it. Detox Organics is a great way to get a dose of Vitamin E while using an all natural supplement.

This as an adaptogen that has shown promise in countless studies, including one where it helped to extend the lifespan of flies, worms, and yeast. The good news is that these improvements were noted regardless of diet and sex.

The bad news is that there is minimal research out there regarding its effects on humans.

It does seem to be safe for use in humans though and it’s also widely available in supplement form. Some claims often made about rhodiola include that it can help to improve energy and reduce liver damage, all the more reason to consider supplementing with this age stopping and life extending extract.