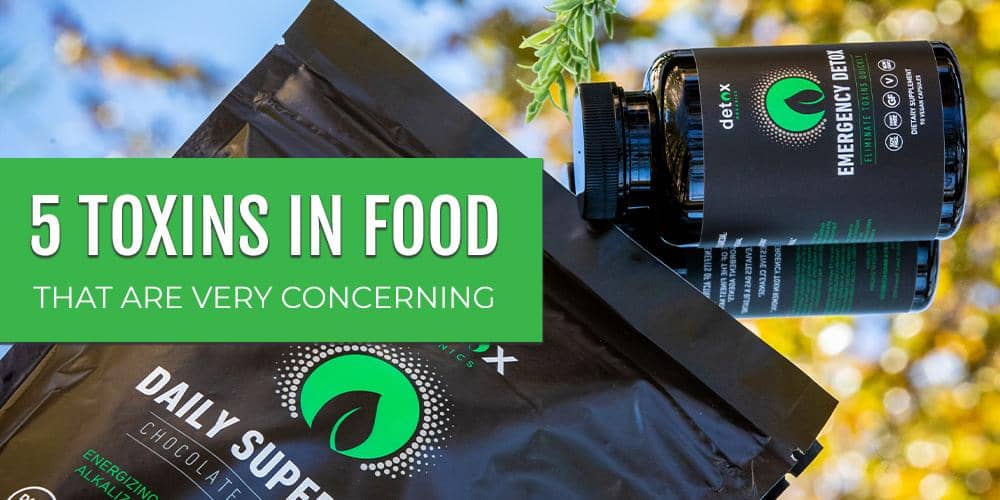 5 “Toxins” In Food That Are Very Concerning

What you ingest every day can be extremely dangerous to your health and safety. Here’s a list of 5 “toxins” in food that are very concerning and you may eat every day. 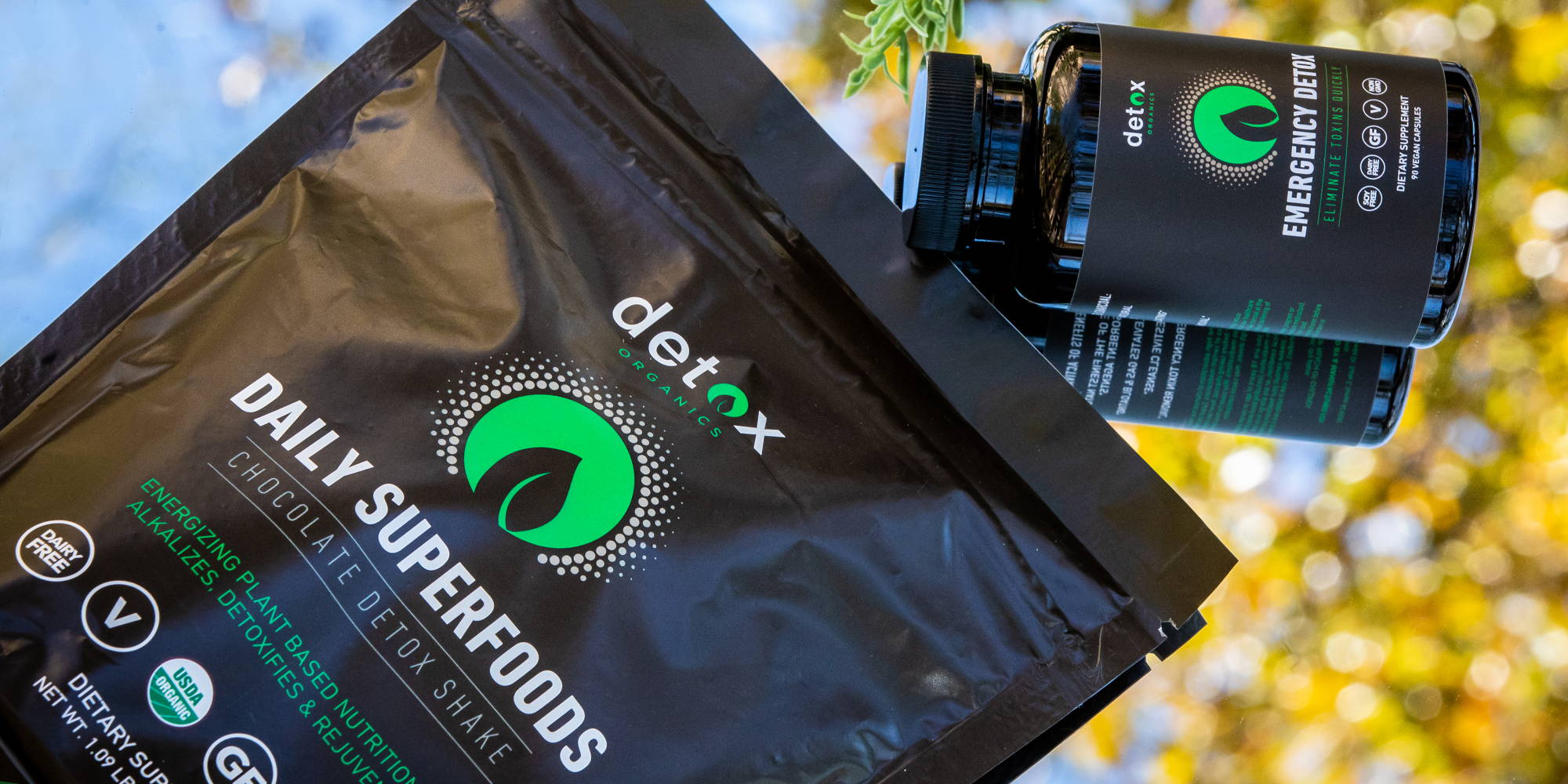 When you think of the word “toxic”, what do you picture?

Maybe you think of oil spills, hazardous gasses, poisons, or certain chemicals. These all are valid and very dangerous examples, but people often don’t think of food as being toxic.

What you ingest every day can be extremely dangerous to your health and safety. Here’s a list of 5 “toxins” in food that are very concerning and you may eat every day.

Although people were encouraged to replace saturated fats with vegetable oil to reduce cholesterol levels and help prevent heart disease, a lot of evidence now suggests that these oils actually cause more harm.

Vegetable oils are highly refined products with no essential nutrients and they are high in omega-6 fats, which contain multiple double bonds that are prone to damage and rancidity when exposed to light or air.

It’s estimated that the average person eats up to 16 times as many omega-6 fats as omega-3 fats, which is a horrible balance. People need to eat more omega-3 fats in order to maintain a proper balance.

High intakes of omega-6 fats may increase inflammation, which can damage the endothelial cells lining your arteries and increase your risk of heart disease.

Furthermore, cooking with vegetable oils is even worse for you. When these oils are heated, they release harmful compounds that may further increase the risk of heart disease, cancer, and inflammatory diseases.

Trans fats are actually one of the unhealthiest fats you can eat. They are created by pumping hydrogen into unsaturated oils in order to turn them into solid fats.

Your body can’t process or recognize trans fats in the same way as naturally occurring fats. Ingesting trans fats can lead to a number of serious health problems.

Researchers who looked at data from 730 women found that inflammatory markers were highest in those who ingested the most trans fats. It also showed these women had 73% higher CRP levels, which is a strong risk factor for heart disease.

In another study, researchers looked at the effects of several different fats in healthy men and only trans fats increased a marker known as e-selectin, which is activated by other inflammatory markers and causes damage to the cells lining your blood vessels

Researchers have also confirmed that trans fats lead to inflammation, which negatively affects the heart like an impaired ability of arteries to properly dilate and keep blood circulating.

In addition to heart disease, chronic inflammation is at the root of many other serious conditions, such as insulin resistance, type 2 diabetes, and obesity.

Sugar and high-fructose corn syrup are often referred to as “empty calories”, and have been linked to many serious health conditions.

Excess sugar is also linked to breast and colon cancer. This may happen because of its effect on blood sugar and insulin levels, which can drive tumor growth.

One study of more than 35,000 women found that those with the highest sugar intake in their diet had the risk of developing colon cancer compared to those who had a low-sugar diet.

Small amounts of sugar are harmless for most people, but some individuals are unable to stop after a small amount. In fact, they may be driven to consume sugar in the same way that addicts are compelled to drink alcohol or take drugs.

Some researchers have attributed this to sugar’s ability to release dopamine, a neurotransmitter in the brain that stimulates reward pathways.

RELATED: Natural vs Artificial Sugars: So Many Types of Sugar

Although red meat is a great source of protein, iron, and several other important nutrients, the way you cook it can release toxic byproducts called polycyclic aromatic hydrocarbons (PAHs).

When meat is grilled or smoked at high temperatures, the fat can drip onto hot cooking surfaces, which produces volatile PAHs that can seem onto the meat.

PAHs are very toxic and are capable of causing cancer. PAHs have been linked to an increased risk of breast, prostate cancer, kidney cancer, and especially colon cancer.

It’s important to note that this connection with colon cancer has only been seen in red meats, such as beef, pork, lamb, and veal. Poultry appears to have either a neutral or protective effect on colon cancer risk.

Although it’s best to use other methods of cooking, you can reduce PAHs by as much as 41–89% when grilling by minimizing smoke and quickly removing drippings.

Most people do not know that cinnamon contains a compound called coumarin, which is toxic when consumed in excess.

Two of the most common types of cinnamon are Ceylon and Cassia. Ceylon cinnamon comes from the inner bark of a tree in Sri Lanka known as Cinnamomum zeylanicum. It is sometimes referred to as “true cinnamon.”

Cassia cinnamon comes from the bark of a tree known as Cinnamomum cassia that grows in China. It is less expensive than Ceylon cinnamon and accounts for about 90% of the cinnamon imported into the US and Europe

It’s been discovered that Cassia cinnamon actually contains much higher levels of coumarin, which is linked to an increased risk of cancer and liver damage at high doses.

It’s impossible to know how much coumarin is actually in a given amount of cinnamon without testing it, but researchers have found that Ceylon cinnamon contains far less coumarin than Cassia cinnamon.

Ceylon cinnamon can be consumed liberally, but it is hard to find in your typical supermarket. Most of the cinnamon in supermarkets is high in coumarin. That’s why researchers have tested and say most people can safely consume up to 2 grams (0.5-1 teaspoon) of cassia cinnamon per day.

Try to focus on what you are consuming every day, because these foods only become extremely toxic when you ingest them in excess.

Minimizing your exposure to these harmful chemicals and ingredients is easy. Simply limit your use of these products and stick to whole, single-ingredient foods as much as possible.

If you ever find yourself eating any of these foods in excess or cooking them the wrong way, then make sure you have our Detox + Digestion bundle on hand!

Each product contains everything that’s good for you and helps get rid of anything that is harmful to you. It will support your digestive health, get rid of foreign toxins, give you energy, and nourish you so you are always feeling on top of the world! 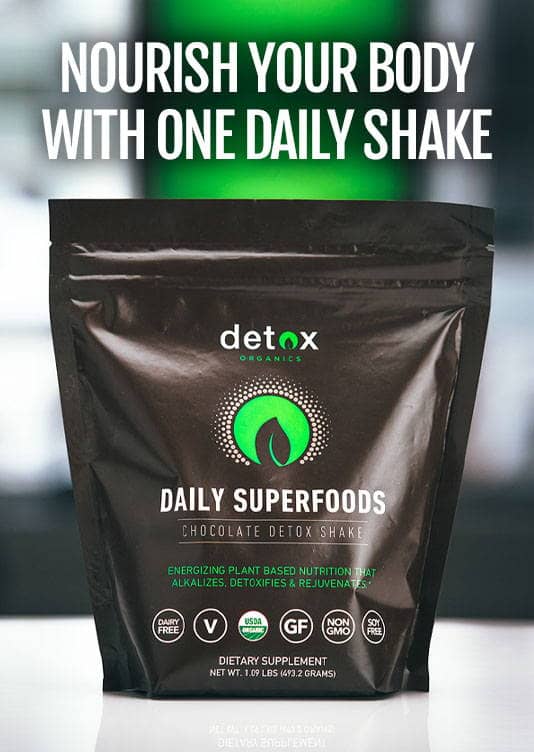 The Ultimate Hangover Cure! Our Emergency Detox (aka Activated Coconut Charcoal) quickly binds to any toxins or foreign substances and gets rid of them fast!

5 “Toxins” In Food That Are Very Concerning